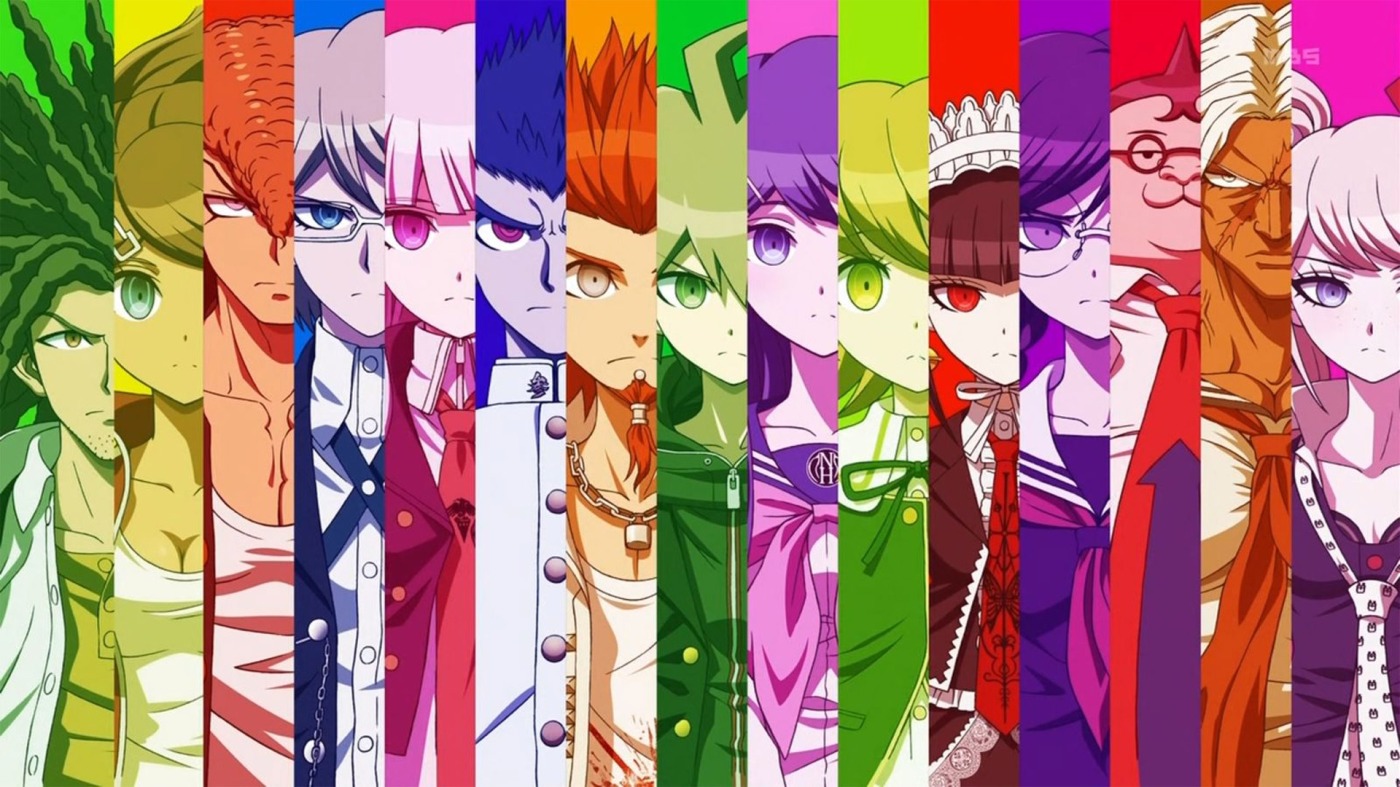 I don’t even remember what made me watch Danganronpa. I am not sure if it was a friend’s recommendation or if I just happened to stumble upon it on the Funimation App. I knew absolutely nothing about it going into the show and I must say it certainly did not disappoint. Danganronpa is right up my alley. I have always been interested in the whodunnit games.

Danganronpa follows Makoto Naegi, a freshman at Hope’s Peak Academy. However, Hope’s Peak is not an ordinary high school. It is a school for the elite. Here, they are also known as Ultimates. The only way into this school is by being scouted by the school itself. The only way in is to be the absolute best at what you do.

The students soon find themselves trapped inside Hope’s Peak with absolutely no way out. The school’s new principal, Monokuma, informs the students the only way out is to play a killing game. In order to “graduate” a student must essentially commit murder and get away with it. Once the a body has been discovered, a timer will begin in which each of the remaining students will be allowed to investigate the murder. Then, they will enter a class trial. The class trial is where the students will continue to figure out who committed the murder and how it happened. The class must finally vote on who committed the murder. If the students guess the murder correctly, the murder will be “punished”. However, if the students choose the wrong person, everyone EXCEPT the murderer will be “punished”. Then the murderer can leave the school.

I think the only negative thing I can say about Danganronpa is there are a couple characters that just bothered me to the core. They were very difficult to deal with on the screen. However, I think that was the point of these characters. The only other thing I can complain about is the punishments. While the first punishment was fantastically done, the rest fell short for me. The first one made my stomach drop, then the rest left me thinking is this really it?

Now on the other hand, I could go on all day about the things I love about this anime. First off, the art style is absolutely amazing. The first time I saw the punishment art, I fell in love. The contrast between the blood and the overall color scheme was also something that won me over. The characters are all well made from their appearance to their personalities. They all fit according to their talents and honestly I was hard not to get attached to them. While there is character building (obviously), it isn’t so much that you are bored to death with all the build up. The pacing is well done. There is one episode for each murder to take place and the investigations to take place. Then there is an entire episode for the trial and punishment. Everything is done well enough, the viewer could try to figure out the murders themselves. All the clues are there, it is just a matter of perceptive you are when watching Danganronpa.

Overall, I would recommend watching or playing the game (as they are essentially the same thing) a million times over to anyone who is interested in murder mysteries. Danganronpa is one of my absolute favorite anime of all time and once you watch it, it isn’t hard to see why. While my interest was originally peaked solely on the art style and contrasts, the story did not disappoint. It will keep you hanging on the edge of your seat and anticipating what will happen next. Who will survive the school killing game? There is only one way to find out…watch and see.