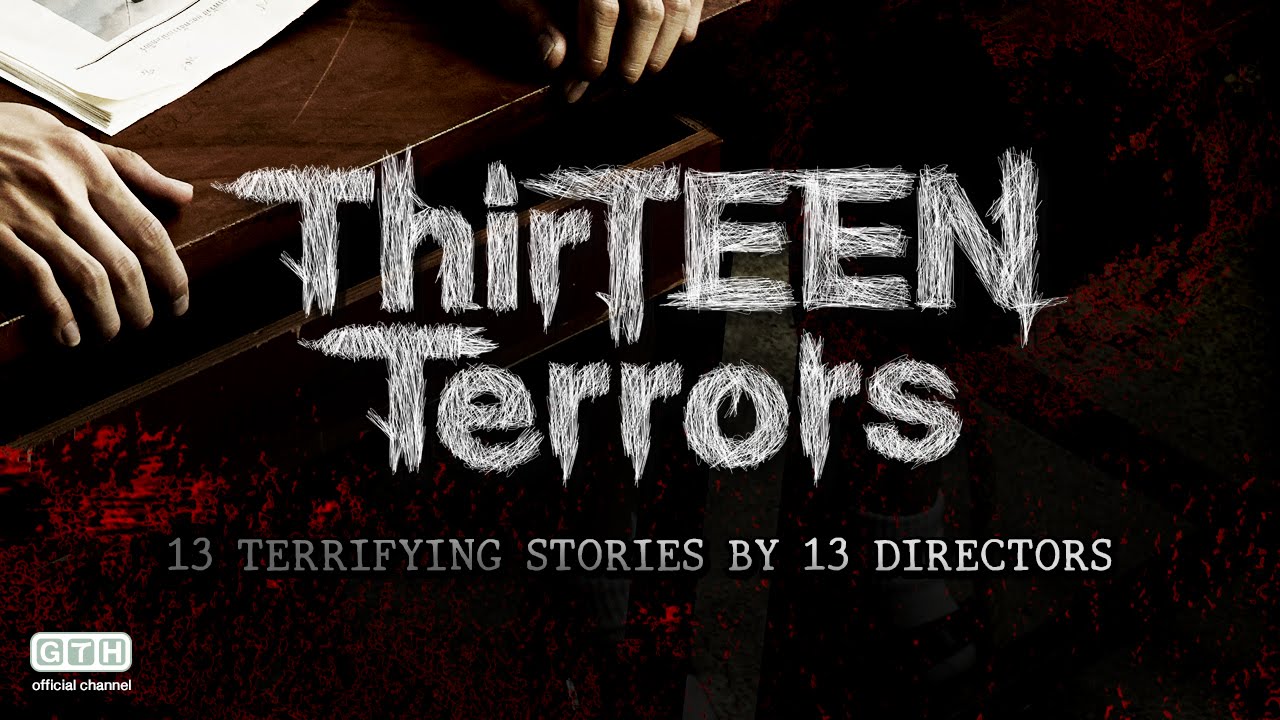 Finally, here we are with the last set of the anthology series about kids learning about the dark and ugly truths about their schools and classmates, ThirTEEN Terrors. I have had fun covering these over the past few days, but now the time has come to wrap this up. In this post, I will be covering episodes eleven through thirteen. The final of the installment. So, let’s just jump right into it, shall we?

Roommate is the story of Nena. A girl who was being abused by her Grandfather. After revealing the news to her Grandmother, she is told she is not allowed to live with them anymore. She is taken to an apartment that was once owned by Nena’s dad, a stuggling magician. Now living alone, Nena starts to experience some strange things around her new apartment. Things like her toothbrush being wet when she wakes up, and eggs that she had dropped the night before being magically cleaned. Shaking it off as new house jitters, Nena struggles to survive in her new lonely life, until she can’t ignore the strange encounters anymore. She begins feeling like she isn’t alone in the house, and decides to try to get a plane ticket to New York. As time passes, she finds more and more evidence to her not being alone in the apartment. She sets up a camera, and when reviewing the tape, she finds that there is a strange person on the tape. This sends her over the edge, and eventually she finds a room with all of her dad’s magic stuff and blueprints. This is where the audience learns that what is living in the house is the contortionist who was a part of her dad’s magic show. He was abandoned in the apartment and has been living there since. She asks if he wants to go with her to New York. He gets into the suitcase and decides to go with her. She uses this as an opportunity to throw him off of the apartment building (10th floor) and kills him. After doing this, she leaves for New York, getting on her plane. End of story.

Oh man, the first thing I have to say about this episode is that the acting is absolutely horrible. No one can act. The grandmother and Nena are the worst. With that being said though, I don’t mind terrible acting. I watch a lot of pretty great movies with some terrible actors. Sometimes, it makes the movie that much better. Besides that, this episode truly annoys me. I do not understand the actions of Nena at all. Once she meets the contortionist, she throws him off the apartment building. In my mind, I don’t understand what drove her to kill him. He wasn’t trying to harm her in anyway. He never once did anything to her. He was simply living in the house with her and all she did was murder him in cold blood. I mean story wise Roommate wasn’t really all that bad. It wasn’t the best, but I didn’t hate it. The ending was just hard for me to understand. I mean she killed a guy for no damn reason. Which is the main reason why I have to take away half a star, for what was otherwise a pretty decent episode.

The Loudspeaker follows a group of bullies who have nothing better to do than to be complete dicks to their fellow students. I mean the episode starts out with them setting fire to a fellow students shirt and watch him start to burn. Art, who hangs out with this group of bullies, puts a stop to this, only to enrage his classmate and friend, Game. The next morning when sitting around the lunch table, Art learns that there is a scary story about the art room in the school. They are going to tear down that room the following week. The story says that a student committed suicide in that room. However, there is another story that says that some nights after school, the loudspeakers will play music even if though they haven’t worked in years. Anyone who hears the music will have bad things happen to them. Of course, the bullies decide to drag the kid they have been picking on into the music room that night. The bullies end up locking the kid in the music room. When they arrive, the music from the loudspeakers starts to play, starting the biggest nightmare of their lives. In the following days, the promise of bad things happening to those who hear the music stays true. As groups are reciting poems to their teacher, the music plays again. When it starts, Art notices that the teacher is terrified. She soon tells everyone to leave immediately. On their way out of the building, one of the bullies ends up throwing himself out a door, breaking his neck. One by one, these bullies wind up dead when the music plays. Everyone is on high alert, even the teachers. It is hinted at that the teachers are covering up events that have happened at the school.

This is another one of those episodes that had a lot of potential. The story had the potential to be fantastic. I enjoyed this episode, but again it gets confusing as to why the events are taking place. Maybe I just missed that detail, or maybe it wasn’t clearly conveyed. Either way, the story was great. The actors were decent. I didn’t laugh every time someone talked. The ending was 100% predictable, but once you watch the other episodes, it becomes difficult not to call the endings. They all pretty much have the same MO for an ending. Overall, it is worth watching this episode as it has its’ moments.

The Dark Blue Night follows Tum and Poom. These boys are outcast of their families. Yet, somehow manage to find each other. After meeting for the first time, these boys become best friend, maybe a little more. However, due to his parents not being able to accept him, Tum has to hide the relationship from his parents. His relationship with them is estranged since he did not grow up the way they wanted him to. They blame him for everything. Any time anything goes missing; money, statues, even a gun. The first person they blame is Tum. This episode follows Tum’s relationship with his parents as well as his relationship with Poom. Unfortunately, I can’t really go into much more detail than that about the episode because it will more than likely ruin the twist, and that is the last thing I want to do.

This episode really didn’t do anything for me at all. It really didn’t have any scary aspects to it, which considering the title ThirTEEN Terrors, I expected spooky story. It didn’t grab my attention and I really found it hard to watch. This episode is certainly more on the side of psychological which is fine, if you enjoy those things. Which most of the time I do, I just don’t think this episode was done properly. I called the ending like ten minutes into the episode, there was no shock. I don’t know. I probably wouldn’t waste my time again on this episode

So, finally, here we are, finished with ThirTEEN Terrors. I hope everyone enjoyed the review and I hope that others found it useful on whether or not you even want to take the time to watch it. If you have watched ThirTEEN Terrors, I am dying to know which episodes are your favorite and why. (See what I did there). So, thanks for following me through this super long and scary journey, and I hope to see everyone in the next one!!